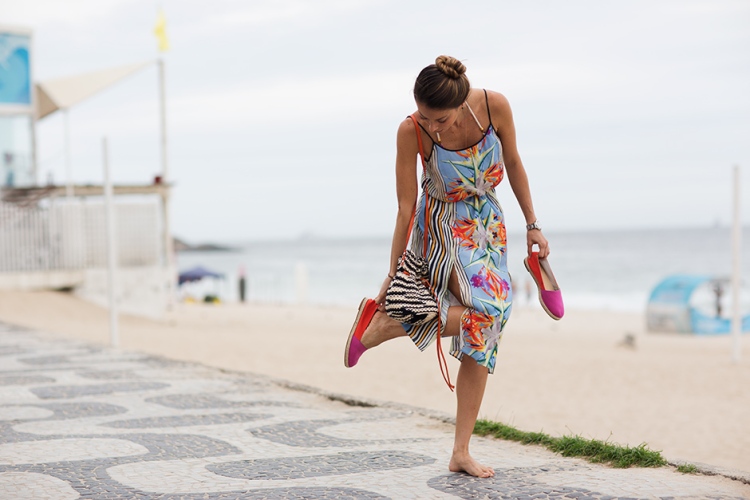 I spent my Easter in Rio de Janeiro. It was hard for me to believe (although I was prepared for it) that when I finally got there, I wouldn’t meet any perfect shaped and dazzling Giseles , nor Adriana Lima’s distant cousines, nor the ones of my beloved Ana Beatriz Barros. I wouldn’t want to dirty this website with any kind of racism, but the Rio girls, a mixture of Amazon Indians, descendants of Portuguese settlers and of African slaves, are simply not a pleasing sight.

(For the boys, however, it’s a different story. Although I’m not gay, even I could admire their handsomeness. However, today we talk about the girls. Especially the Girls From Ipanema).

I was lucky to stay by the most beautiful beach one can reach within a city. Ipanema is huge, its sand is perfect, so pure, while the strong oceanic currents keep its water crystal clean, despite the menacing city of 12 million that stands on its back. The hanging cliffs at its ends, the lively beach and footvolley courts, the kiosks that offer fingerfood and coconuts that you penetrate with a stick and suck the water out of them as a refreshment, all these correspond to the fantasy one has built before visiting it. What is missing, though, are the beautiful girls. And this finding makes even harder that obsessive question that you automatically ask when you start to get acquainted with the brazilian pop culture: “So, who is the girl for Ipanema?” 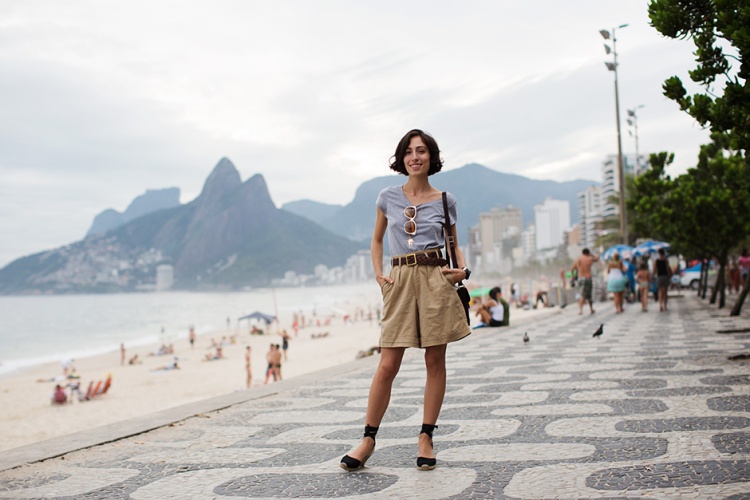 “The Girl From Ipanema” (“Garota d’ Ipanema” in Portugese, pronounced “garóta djipanéma”) is the most famous bossa nova ever written. It’s a tinkling portuguese caress, spreading your back with suntan, while you toast yourself half-asleep, your toes making love to the sand. It’s a refreshing mistral that perfectly matches a blurred drunkenness by ouzo, beers, caipirinhas. Antonio Carlos Jobim was already 35 years old back in 1962, when he hanged out at “Bar do Veloso” (today named “Garota d’ Ipanema”), just one block inside the Ipanema coastal avenue (on which only a few stores exist -most of the buildings are residencies or hotels). He used to go there together with Vinícius de Moraes, the guy that was writing the lyrics for his new album. They drunk their cervejas for inspiration, as the midday breeze was coming from the Atlantic.

They were both married, but this did not stop them from flirting with fresh chits passing by Veloso’s towards the beach. Perhaps they had chosen the place exactly for that reason: Because it was perfectly positioned. And when Helô Pinheiro (or, 17 years old Heloisa Eneida Menezes Pais Pinto, as she was called back then) entered the bar to buy cigarettes for her mother, the two men felt their pulses beating hard and tried to find a way to get her attention. A different way, that is, than the one used by the majority of the rest of the customers, who flirted by foxy whistling.

There’s a nice story that goes around how Antonio Carlos started throwing notes and Vinícius sprayed words on the napkins they used to keep the frozen Brahma beer in their hands. However the true story is a bit different. Jobim and Moreaes were already working for two years on their upcoming album and they had delivered on the idea to compose a summer, refreshing song about a girl walking in front of them in her bikini. They had written the music and the first lyrics, they had even found a title (“Menina que passa” – the girl that passes by), when the girl that upgraded the song to a myth passed by indeed. The rest of the story just flew like Veloso’s beer was flowing from the cask to their glasses. Both the title and the lyrics changed to match the Ipanema view and the adolescent Heloisa, while its music, a blend of jazz, samba and sounds from Africa was meant to determine a whole new kind of music: The Bossa Nova.

The lyrics of the original song in portuguese were much more poetic than the ones of the english version that made it a worldwide hit. At some point Moraes wrote about Heloisa: “She was the paradigm of the young Carioca: a golden teenage girl, a mixture of flower and mermaid, full of light and grace, the sight of whom is also sad, in that she carries with her, on her route to the sea, the feeling of youth that fades, of the beauty that is not ours alone—it is a gift of life in its beautiful and melancholic constant ebb and flow.” He painted the rhymes that dressed Jobim’s melodies with equal lyricism…

Heloisa herself had not noticed. She liked the fact that all eyes were one her, but she was too young to move one step further with all those wooers. Some years later she suddenly found out that the two gentlemen at the corner table that were staring at her were famous artists. And that they had written a song for her -or, at least, that’s what they were saying. 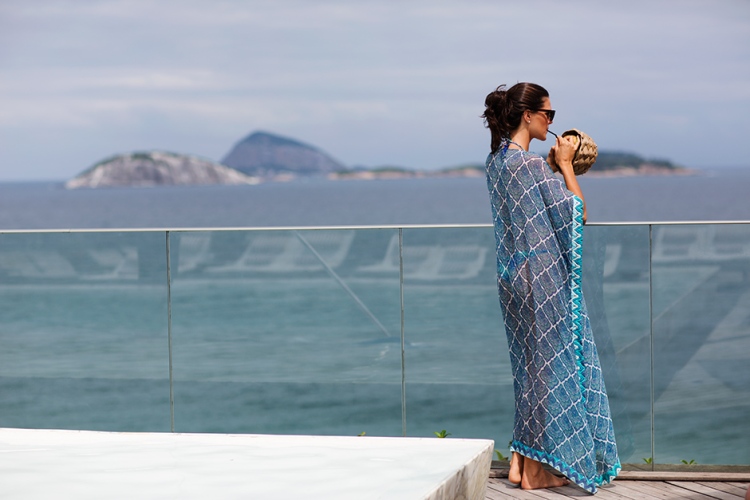 On August 2, 1962, Jobim and Moraes played their brand new song for the first time. It was in another bar: the “Au Bon Gourmet”. João Gilberto was playing guitar and the singers were from a band called Os Cariocas. Before the end of that year, “Garota d’ Ipanema” was printed on vinyl and two years later, Astrud Gilberto, João’s wife, would sing the english version, at that famous collaboration between her husband and Stan Getz. Suddenly, the whole world started to sway in the rhythm of Bossa Nova and to wonder: “Who’s that girl from Ipanema anyway?” The two gentlemen, Jobim and Moraes, could not keep their secret any more a secret.

Without any fear of their wives, they revealed the name of the girl that had excited them so much. They made her an iconic figure of Brazil’s pop culture. For the rest of the ’60s, Heloisa became her country’s best ambassador after Pele. In 1987, when she was 44 years old, she posed for Playboy Brazil, while in 2003 she made it to the cover of the magazine again, this time together with her daughter, redeeming her long gone youth beauty once more. “Garota and garotina d’ Ipanema” was the title. The girl and the kitten… Moraes’ poetry and Jobim’s freshness were lost for ever.

Back to the question for the beautiful girls of Brazil, the answer is that one can find them in cities like Sao Paolo, Rio Grande do Sul, Minas Gerais, where a lot of immigrants travelled, from Germany, Italy, Spain and Japan, at the beginning of the previous century. I don’t have much information on Heloisa Eneida Menezes Pais Pinto’s origin but I can assure you that you won’t find so beautiful girls in Rio today.

(For photos of the real girl from Ipanema, please click here.)